Welcome to our third Virtual Journey. These are based on some of our favourite itineraries; designed to inspire, guide and delight you in your daydreams for travels to come. We’ll showcase some captivating destinations alongside mouth-watering recipes, cocktails, book, TV, film and music recommendations all designed to bring the trip alive from the comfort of your own home.

It's Week Three and we are off to experience Morocco’s path less travelled. First stop is the enchanting city of Chefchaouen that sits under the red peaks of the Rif Mountains. Picture-perfect, Chefchaouen is known for the beguiling blue-washed buildings of its old town and you’ll spend two days wandering the medina’s winding streets, hiking in the hillside and learning about local Berber culture. Your final three nights will allow you to step back in time in Fez, Morocco’s imperial city. Here you will develop a deeper understanding into the history of this vibrant country, taking in the ancient architecture and exploring the city’s bustling souks. Discover a true taste of authentic Morocco.

Check out the full itinerary here

Your first stop is Lina Riad & Spa. Located in the heart of Chefchaouen’s blue city, this charming, boutique retreat offers a peaceful oasis away from the busy medina. After a day of touring the city streets, treat yourself to a traditional hamman or a dip in the indoor pool. Make sure you take to the roof terrace for breath-taking views of the city and dramatic mountain range that surrounds it. Whilst you are there, why not enjoy a refreshing Moroccan mint tea? Have a go at making it yourself:

Your second stay is at Riad Fes, an intimate Relais & Chateaux hotel in the Fes medina. Here, the old world meets the new through the riad’s sumptuous style which combines traditional Morocco with the opulence of Andalusia, complete with ornate tiles, stucco arcades and marble fountains. The spa is not to be missed and up on the roof, enjoy a sunset cocktail with panoramic vistas over Fes. When dining in the evening be sure to enjoy a classic Moroccan tagine. You can recreate the taste of Morocco here:

Shot on the streets of Marrakech, ‘Alexander’ is an epic and dazzling biopic about the Macedonian king, general and ruthless conqueror Alexander the Great, starring Angelina Jolie and Colin Farrell. The story tells of Alexander’s legendary rise to power as he pushes limits that no Macedonian king had before him, conquering the majority of the known world of his time by the age of 32, until his great empire’s eventual downfall.

Babel follows four groups of people on three continents whose lives are intertwined through a series of misunderstandings. An accident connects a wealthy couple from the States holidaying in Morocco, their Mexican nanny who takes their kids across the Mexican border without parental permission, two Moroccan goatherders, and a Japanese widower and his deaf-mute teenage daughter, against a backdrop of tragedy and trauma. A powerful look at how interlinked humanity really is.

An action spy film set in various locations throughout Marrakech, and the fifth in the Mission: Impossible film series starring Tom Cruise. Cruise’s character Ethan is being hunted by the CIA after the IMF intelligence agency – of which Ethan was a key member - has shut down. It’s a race against time for him to prove the Sydincate, a rogue and mysterious terrorist organisation, exists and eradicate them before the their next attack.

The Sheltering Sky by Paul Bowles

In his psychological narrative, Paul Bowles examines alienation and existential fear as an American couple and their friend travel to North Africa after the Second World War, looking to escape their modern lives back home. Heading to the desert but uncertain of where exactly the trip will take them, they are faced with the danger that comes with the romantic idea of nomadic travel. Their ignorance of the unfamiliar surroundings and lack of understanding for an alien culture leads to a battle for survival.

An autobiographic novel by Esther Freud (daughter of painter Lucian and great-granddaughter of psychoanalytic Sigmund) which describes her unconventional upbringing in Morocco during the 1960s, where her mother uprooted she and her sister to when Esther was five years old, disenchanted by her lacklustre life in England.

The Blue Hour by Douglas Kennedy

A thriller that tells the story of Robin, a scrupulous accountant, who reluctantly agrees to travel to Morocco with her husband Paul, an artist and university professor who is twenty years her senior. Her lack of enthusiasm dissipates as she is immersed in the colourful world of Morocco where old and new combine in magnificent strangeness. That is, until Paul disappears without a trace and Robin finds herself at the centre of the police enquiry. She is forced to embark on a perilous journey for truth, discovering all is not always as it seems.

Brian Jones Presents the Pipes of Pan at Joujouka

A live album recorded in Morocco by Rolling Stones’ Brian Jones of The Master Musicians of Joujouka performing in the village of Joujouka during the annual Rites of Pan Festival. This traditional Moroccan music creates hypnotic sound through the use of percussion, pipes and vocal chanting and the mesmerising tones of this record are considered an early predecessor of trance.

French lute player Titi and Gnawa bassist, drummer and singer Medhi team up to record this beautiful and original album which blends a range of cultures as they combine Moroccan traditions with Mediterranean sounds.

A handwritten book by Pierre Berg in memory of his cherished life and business partner, the late Yves Saint Laurent. The memoir is a glimpse into the personal life of YSL, showing photos with his (often famous) friends portraying the chic and fashionable lifestyle he led in his beloved home from home Morocco, alongside illustrations by Lawrence Mynott. YSL considered Morocco his creative retreat, a place that inspired him in the design of some of his greatest collections. During his life, the couple bought and restored the gorgeous Jardin Majorelle in Marrakech, next door to which is now the Musee Yves Saint Laurent, a museum entirely devoted to YSL and his creations. 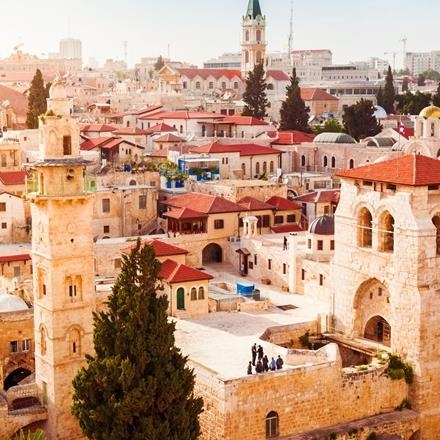 Israel is a fascinating country; this holiday allows you to take the chance to combine the vibrancy of Tel Aviv on the ... 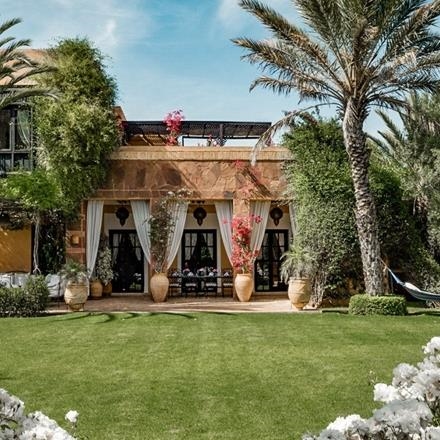 Located in the foothills of Marrakech, is the prestigious Dar Tamazerte property. Sub-tropical gardens surround this ...

Drawing from ancient inspiration with the rose-coloured buildings, Amanjena sits right outside the Red City. There are ...