This week we are taking you to ‘The Land of a Thousand Hills’ on an adventure to discover Rwanda’s verdant nature, wealth of wildlife and enchanting people. You’ll spend time in the capital Kigali learning about the country’s harrowing but significant history, before taking to the skies by helicopter over Rwanda’s rolling hills to reach your next two destinations. In Volcanoes National Park, home to Rwanda’s resident mountain gorillas, you'll spend two nights at stylish Bisate Lodge, from where you will kit yourself up and spend a day trekking to find these enchanting primates. Fly on to the mist-shrouded mountains of Nyungwe Forest National Park, a nature lovers’ paradise, home to chimpanzees, colobus monkeys, colourful birdlife and abundant flora and fauna. Your base for the next three nights is rainforest hideaway One&Only Nyungwe House, a peaceful retreat in the heart of a working tea plantation.

Your accommodation in Volcanoes National Park is Wilderness Safari’s quirky yet elegant Bisate Lodge. Stay in one of six cottages set into the hillside with views over the Virunga volcanoes (cottage 6 has the best vistas if you’re willing to take the uphill hike up there). The exteriors of these unique rooms are made of thatched grass blending them seamlessly into the natural setting, whilst inside they are beautifully styled with contemporary African design using only natural materials. With a keen focus on conservation and community, every guest is encouraged to plant a tree during their stay.  After returning from you day’s activities, don't miss joining the chef on his daily trip to the on-site vegetable garden to pick the ingredients for the evening’s ever-changing menu, and for dessert make sure you try one of their signature Cappuccino and White Chocolate Muffins.

Your final destination is Nyungwe Forest National Park, where you will stay at tranquil rainforest lodge, One&Only Nyungwe House, in one of twenty-two luxurious wooden bungalows nestled within the working tea plantation surrounded by misty forest-covered mountains. Enjoy the variety of nature-based activities on offer, immerse yourself in Rwanda’s rich culture or simply revel in your peaceful surroundings with some al fresco yoga or a bespoke spa treatment. However you chose to spend your days, make sure you start them with a perfectly brewed cup of Rwandan coffee.

Jean Patrick Nkuba is an aspiring Olympian who dreams of becoming Rwanda’s first Olympic medal competitor in track, but his hopes of success are jeopardised when political tensions lead to civil war and his country unravelling around him. Jean Patrick, a Tutsi, finds himself in the middle of the Hutu massacre and he must run for his life to escape the mob of killers that chase him, leaving behind his homeland, devoted family and the woman he loves. A gripping tale of survival, bravery and the trauma involved when forced to choose between family or freedom.

Philip Gourevitch tells his harrowing first-hand account of the Rwandan genocide, when in April 1994 the government demanded that everyone in the Hutu majority slaughter all those in the Tutsi minority. What occurred over the next 100 days was a brutal massacre, with 800,00 Tutsis and Tutsi sympathisers were murdered. This non-fiction book chronicles Rwanda’s devastating recent history and what the subsequent response to the killings tells us about humanity.

A moving memoir about Josh Rixin and his wife Alissa, who as newlyweds relocated to Rwanda in an effort to provide relief to a country devastated by the atrocities of civil war. They commit themselves to helping genocide survivors, working to provide food and healthcare to rural villages. With Alissa’s foodie background they also built their successful restaurant ‘Heaven’ in Kigali which employs and trains local youths, creating much-needed jobs and renewed sense of purpose for those affected by the Rwanda’s horrific past. Alongside their restaurant, Alissa and Josh have also opened two hotels in Kigali, including Quintessentially Travel favourite, The Retreat. This is the story of how just two people really can make a difference.

Abatwa is named after Rwanda’s smallest and most marginalized tribe, also known as pygmies, who come from Rwanda’s borderlands. The band creates a raw, sparse and emotional sound, and through their music they discuss war, pain, healing and the environment using chants and folk instruments. 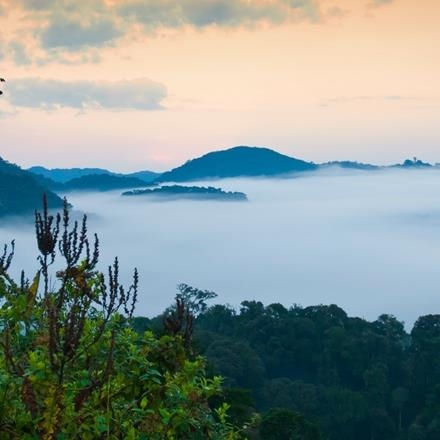 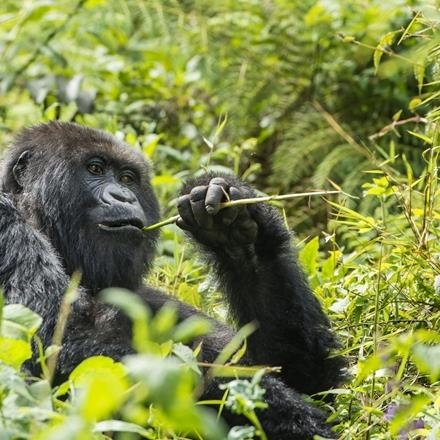 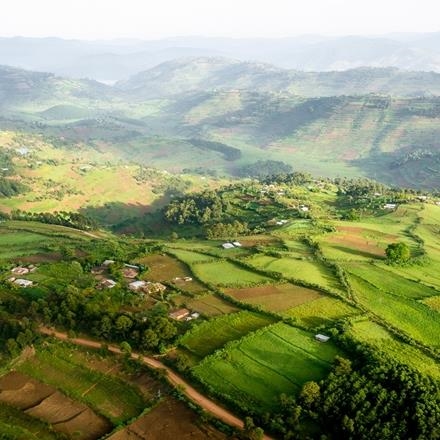