Environmental philanthropy faces two key challenges: persuading people to direct money to the biggest issue of our time and getting that money to the most effective environmental initiatives. We are delighted to announce our partnership with The Conservation Collective who have a proven and winning formula for both. The Conservation Collective build clubs of donors linked to places they care passionately about, to open new channels of funding for nature restoration. They have seen that people are instinctively “place-based”, and that when it comes to conservation and philanthropy, we are all more likely to want to protect the places we know and love. They set up, incubate, and support local environmental foundations. All over the world, people are working tirelessly to protect the places they love from the impacts of climate change and the biodiversity crisis. Those most affected by environmental problems are often best placed to tackle them, and grassroots action is the most powerful weapon.

Their member foundations unlock new funding for the best and most effective grassroots projects working to deliver the following environmental impacts across LAND, MARINE and FRESHWATER:

Their growing network of foundations has already raised millions of pounds for impactful initiatives, and they’re only just getting started...

The Conservation Collective model was born in 2008 when, life-long environmental investor and philanthropist, Ben Goldsmith and friends created IbizaPreservation in response to unsustainable growth patterns on the island, to provide funding to those working to protect what nature was left and to restore what had been lost. Last year, IbizaPreservation bought in over €400,000 for local conservation initiatives!

Today there are 16 local foundations in their network, all working to protect, restore and sustain nature where they are. They encourage local philanthropy, raise awareness of climate issues, promote collective action and support communities to act more sustainably.

The power of The Conservation Collective is in their ability to quickly and easily replicate their model to set up new foundations in new locations, raise funding more effectively and efficiently, and share knowledge and expertise across the network. As a global network they pride ourselves on removing barriers, empowering communities, and getting things done. 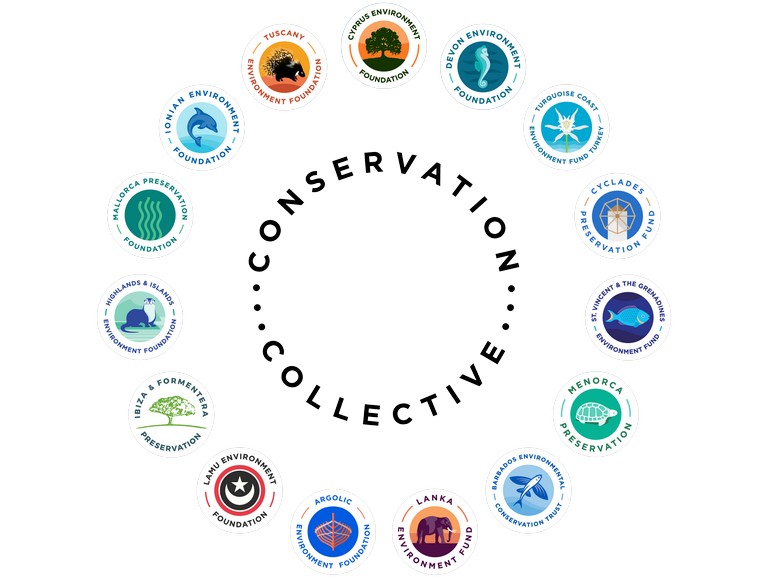 Plans are afoot for Croatia, Malta, Sicily and the Cayman Islands.

Want to get involved further?

Support your local foundation here, remembering to state the foundation you want to support.

Create a foundation, (with the Conservation Collective’s support here) in a place you care about

Contribute to a growing movement of effective environmental philanthropy, by donating to the network

What are Quintessentially Travel doing?

We will donate 10% of the cost of every holiday* booked to Sri Lanka to the Lanka Environment fund.

The Lanka Environment Fund (LEF) is a registered not-for-profit organization which was established in June 2019 in Sri Lanka.

In order to conserve Sri Lanka’s remaining habitats, restore its ecosystems and mitigate the effects of climate change, the LEF concentrates its efforts on four thematic areas:

We will donate 10% of the cost of every holiday* booked to Kenya to the Lamu Environment fund.

Lamu archipelago is a jewel in the crown of Kenya’s coastal region. Boasting over 130km of coastline and varied ecosystems Lamu is an exciting combination of beautiful natural landscapes, diverse flora and fauna and spectacular marine ecosystems. These diverse habitats all require protection, preservation and restoration to bring about long-lasting sustainable change.

The Lamu Environment Fund (LEF) was founded in 2021. LEF raises funds from individuals and businesses who care passionately about Lamu, to support local organisations that focus on protecting, preserving and restoring the archipelago.

The fund’s key areas of focus are:

In addition, whenever you book travel in any of the below 3 destinations we will provide the link and information on your confirmation so you are able to make a direct donation.

IbizaPreservation was the first foundation of the network. To date, it has raised over £2 million in initiatives to protect and restore the island’s ecosystems and manage some of its most pressing ecological issues; such as plastic consumption, for which it has created the PLASTIC FREE IBIZA movement and inspired change across business owners and consumers from all of the Balearics.

Comprising some of the most iconic islands of Greece, the Cyclades Preservation Fund aims to protect and preserve the stunning landscapes and marine environment of the area. At the moment, it is leading the way to raise awareness of the damaging effects that certain boating practices can have on the seabed and the crucial endemic Mediterranean seagrass species of Posidonia

Home to beautiful wetlands and river habitats, the Devon Environment Foundation is pledging to protect them by replating trees on the degraded riverbanks of some of its rivers and by introducing beavers who are known to be essential ecosystem engineers. This will also lead to some very exciting eco-tourism opportunities.

If you want to donate to The Conservation Collective now, click here

Want to know how your holiday can make an impact?
Get in Touch